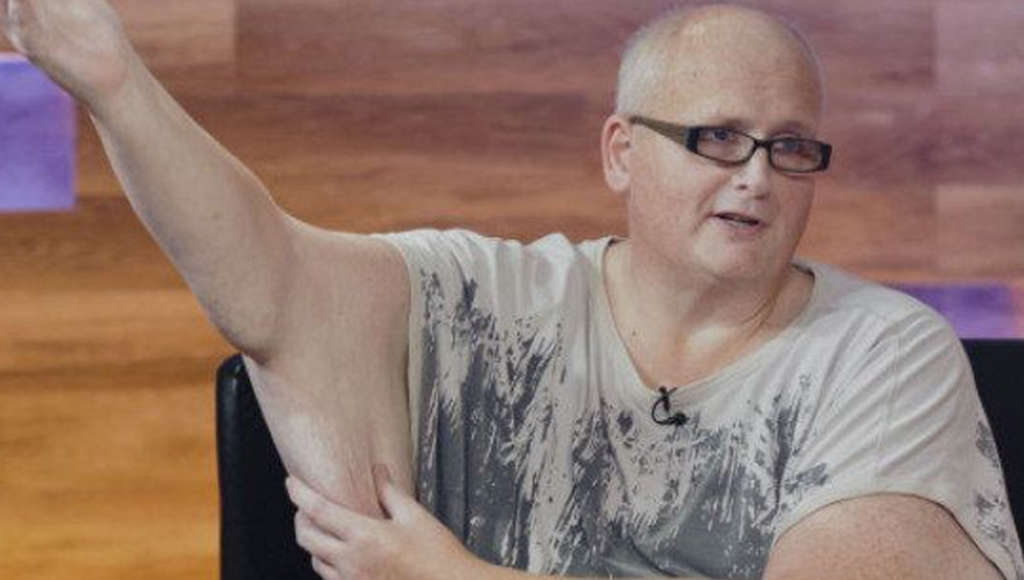 Paul Mason got some weight off his shoulders on Tuesday afternoon — and the world followed along on Twitter.

The formerly 980-pound man was dubbed the “world’s fattest man” before he dropped 650 pounds after a gastric bypass surgery five years ago. Mason lost even more weight on Tuesday when surgeons in Manhattan lopped off pounds of excess skin, according to The New York Times.

The 54-year-old, roughly 330-pound Brit couldn’t find a doctor who would perform the surgery in England, so he moved to the U.S., where weight loss surgery is our bread and butter.

Lyall has been with Mason every step of the way. She’s documented how his initial bypass enabled him to get out of bed and move on his own for the first time in years. She celebrated with him after a New York plastic surgeon offered to take off the extra skin for free. And just after noon on Tuesday, as a team of surgeons at Lenox Hill Hospital operated on Mason, Lyall shared his surgery with the world.

Lyall told The Huffington Post that approximately 50 pounds of skin were removed Tuesday, with the rest to come off in subsequent surgeries. Much to her followers’ dismay, Lyall tweeted out graphic images of the skin-removal surgery that, while interesting, do not go well with lunch. Her tweets are below.

See the Live tweets on Huffpost.com